Is it a Water Rate increase, bad management, a hidden tax increase.or all of the above? 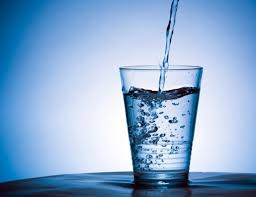 While it is well known that the cost of water is on the increase due to multiple factors. Some are; supply and demand, the record growth of our community, bad planning of the past, stupid deals made with other municipal water systems (more on this subject at a later time). Premature take overs of municipal utility districts with un reimbursed debt to the developer.

League City obtains its water from the City of Houston and the Gulf Coast Water Authority. The cost of providing potable water is increasing for all the reasons that are driving inflation across the country. League City has historically not negotiated contracts to supply the burgeoning community with water and has been restricted in how much well water it can pump from the city owned wells. This perfect storm has caused some near misses in recent past summers where consumption cam very close to exceeding the allowable daily supply. You may notice large water storage tanks being placed in many corners of the city. These tanks are an effort to store water during low consumption periods to buffer those periods of high consumption.

Is the water rate increase a reflection of higher costs of water, new storage tank consumption or is there another component not being discussed? I believe that the city has mistakenly not reimbursed some developers for negotiated rebates on municipal utility districts or MUDs and now they have to pay the piper(No pun intended) to the tune of over Three Million Dollars, which is a familiar number.

What are your thoughts on the this issue?

Please do not say anything you can not prove, Do not write libelous comments.

Propositions I will Support

Is or has League City's Government been Intrusive in your private affairs?

Should the Mayor Vote?